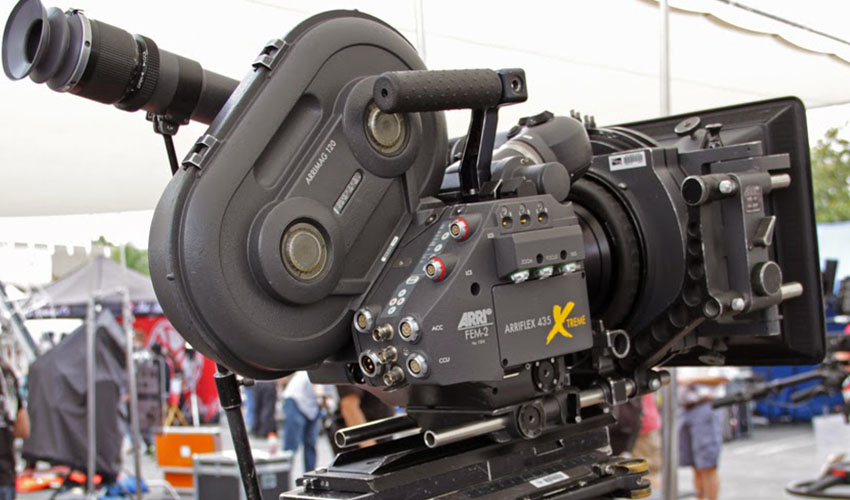 For the majority of my career, I worked as a camera assistant on projects shot on film.

Film has a mystique now because so few projects actually use it.  A few diehards and Tier 1 period films or blockbusters shoot on film, but now most of us shoot on some form of digital “cinema” camera.

I do not miss film. (trigger reader’s self-righteous rant here) Film was cumbersome, restrictive and stressful.  I was a film purist for many years, but no more. I still occasionally have nightmares (seriously wake me up in a cold sweat) about flashing a roll of exposed in the tent, not closing the door completely after a good thread, or jamming a mag with talent on set.  All of these really happened to me and they all still haunt me.

Here it comes – the hipsters will now rage on my lack of appreciation for the art, the beauty of the photochemical process of light bouncing off of silver nitrate to trigger the miracle of exposure with no electricity required, just natural, wholesome light.  Yes, I have heard your story.

The truth is you are likely quoting something I said 10 years ago when I still believed.

I’m over it.  Let me see my last take at the DIT station and move on. No more sleepless nights. No more nightmares. (Rhet you told me and I denied. I am with you now.)

I do miss something we lost when film became scarce and the Canon 5D (now mirrorless) took over our sets, but it is coming back with a vengeance and you better get yourself ready for it.

Film cameras were heavy.  A Panavision G2 was heavy. An Arri 535B was heavy. And 1000’ mags (loaded or unloaded) were freaking heavy. It was our job to move all of the crap. Fast!

Because of our gear, camera Ops and assistants used to be the fittest team on set.

Sure the dolly grip and the 3rd electric were beasts. But no one could throw 100lbs on their shoulder and run up a hill like an AC could.  It was part of our job.

Fitness was expected and we thrived on it.

2 Decades ago there were stereotypes that fit.  At lunch you could see the clusters of groups huddled together and pick out the Ops and ACs in instant.  The camera team was trim and chiseled, wearing expensive shoes and free t-shirts.

Today I feel some of us have lost that edge.  Our systems have become lighter and easier to manage. A higher premium is rightfully placed on knowing menu structures and base ISO settings then being able to balance a 435 on a 2575 and standards on your shoulder and heft it across tough terrain.

Even steadicam or gimbal ops today are working with cameras that top out at 25lbs, not 50lbs.

But heavy shit is back!

Arri 65, Arri LF, Sony Venice, Red Monstro, and a new full-frame model is announced every day (mostly from Red because they can’t help themselves.)

In our excitement for the lovely fall off, extremely high ISOs, and tremendous pixel count, we’ve overlooked how heavy things are becoming again.

A case of Cooke S4’s just became 2 cases of S7i’s.  A set of Super Speeds is now a set of Supremes. We are jumping from one case around 35lbs to 2 cases of primes each over 50lbs. Camera bodies are bigger as well.  Not as dramatically as lenses but it all adds up.

A wide angle lens may now need a 6×6 mattebox instead of 4×5.  We may need 19mm rod base to support that Cooke FF Prime rather than the 15mm studio we used to get away with.

These changes to every piece of gear we use can put an exceptional strain on our bodies.

If we are accustomed to lifting a 35lbs case and quickly snatch a case that weighs 50lbs instead, then we could be badly injured and out for a long time.

Safety is everyone’s responsibility and preparation is 99% of safety.

It is time to get fit again Camera Team.

If we don’t acknowledge the change in our gear then our gear will hurt us.

We have preached to the old school crowd that they must adapt and change and now we must listen to our own sermon.  Our task today is not to learn specs or menu maps, but to move our bodies when we are not on the job. We must prepare ourselves to move heavier gear in more dynamic ways and it requires that we discipline not just our minds but now our bodies.

My plan with this series of blog posts is to offer ways to care for ourselves as camera ops and ACs.  There is an intellectual component to our job of course, the nerd gene unites us all, but I believe there is a spirit of adventure and physicality that we share as well.  It is possible that in our effort to memorize yet another new sensor size from Red, that we have forgotten to care for our physical, emotional, and even spiritual makeup.

Fit for The Job is a blog to give you simple reminders and techniques to care for the too long overlooked parts of our job.  These posts are less about gear and more about us as the humans who make the gear work. Whether we are shooting film, mirrorless, or gopros the one filming essential that remains the same in them all is your body.  Let’s focus on our well being a bit more. Let’s be fit for our job.